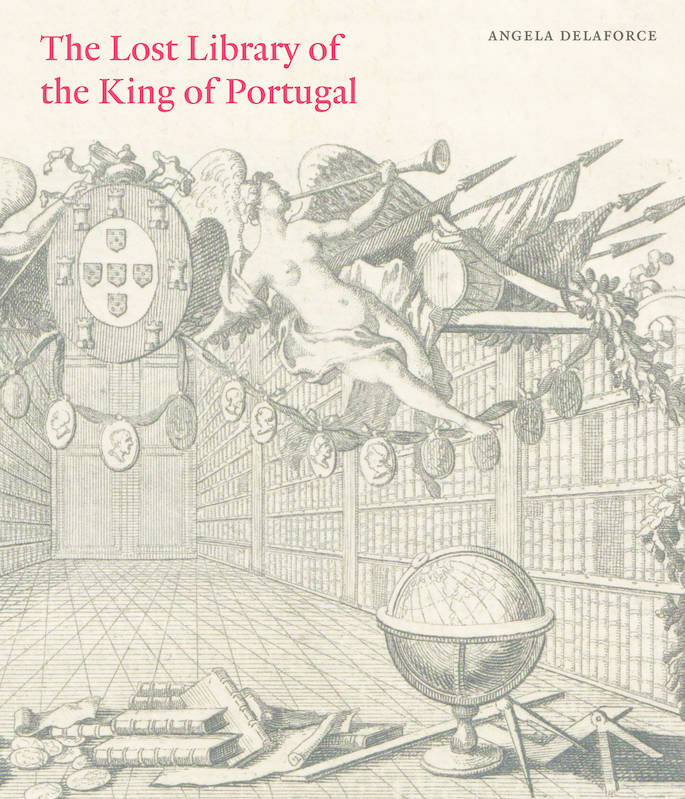 The lost library of the King of Portugal

The lost library of the King of Portugal

The destruction on the morning of All Saints Day 1755 of the heart of the city of Lisbon by an earthquake, tidal wave and the urban fires that followed was a tragedy that divides the 18th century in Portugal. One casualty on that fatal morning was the Royal Library, one of the most magnificent libraries in Europe at the time. The Lost Library of the King of Portugal tells the story of the lost library – its creation, collection and significance.

This 18th-century library was founded by the Bragança monarch Dom João V shortly after he came to the throne in 1706, and was housed at the heart of the royal palace, the Paço da Ribeira in Lisbon. The king’s abiding ambition was to create one of Europe’s great court libraries and, at the time of his death in 1750, it was reputed to be one of the most magnificent libraries in Europe. The Royal Library was also composed of a Cabinet of Prints and Drawings, medals and scientific instruments as well as a Cabinet of Natural History with specimens from across Portugal’s global empire
This documented study describes the creation of the library, its cultural significance in 18th-century Portugal, the acquisition of single volumes as well as entire libraries from across Europe and the role in this of Portugal’s most talented diplomats. It include the collection of manuscripts from the celebrated library of Charles Spencer, 3rd Earl of Sunderland and the unpublished correspondence that was exchanged during the negotiations between London and Lisbon. Throughout his reign, the devout Dom João V set out to conjure up his own vision of Rome and the papal court he never saw. Two chapters are devoted to Italy – one to the talented archaeologist Francesco Bianchini at the papal court, including the unpublished correspondence between him and his royal patron Dom João V, as well as the guides to Rome and art and architecture at the ducal courts of northern Italy, both commissioned by the king.

When the library was destroyed in 1 November 1755 by the earthquake, tidal wave and the fires that followed, only a few books, manuscripts and albums of prints were saved, and the author traces their final journey with the royal family and court to Brazil on the eve of the invasion by Napoleon’s army in November 1806.
S'identifier pour envoyer des commentaires.